4 Reasons to Celebrate the Twin Cities’ IT Job Market 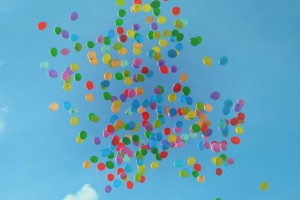 Brilliant, lustrous fireworks along the Mississippi. Barbecues in the lazy warmth of summer. Water sports, hiking excursions, and (for better or worse) family road trips. As we continue basking in the fun of the three warmest months of the year, we’re once again reflecting on why we love the Twin Cities. And, as an IT consulting and staffing firm, we’d be remiss not to give special attention to our number one reason: The Twin Cities rank among the best in the U.S. for tech opportunities. From its growing number of available tech jobs, to its recent acclaim as a hot spot for tech startups and companies, the Twin Cities offer IT opportunities like those in the Silicon Valley, plus higher collaboration and a lower cost of living. Though Minnesota has graced the tops of multiple “best” lists for various reasons, we’ve pulled out the top 4 reasons Twin Cities IT pros should celebrate where they work:
1. Minneapolis Is The “Silicon Prairie”
The Twin Cities are a burgeoning mecca for IT startups and small businesses. Recently, the Star Tribune highlighted the continued growth of “The Silicon Prairie” through Twin Cities small businesses and the growing capital raised by local tech companies. In 2013, Minneapolis ranked third among the largest metro areas in the U.S. for employee success in small businesses based on such factors as job growth relative to overall workforce and population trends, monthly earnings for new hires, unemployment rates, and cost of living. The following year, NerdWallet named Minneapolis the 4th best place for startups based on determinants such as affordability, access to funds, networking and mentorship, and the success of the local economy.
Not only do these statistics bode well for entrepreneurs and CEOs, but an ever-expanding tech industry also means an abundance of opportunities for tech pros – 164,500 opportunities according to the Cyberstates 2016 report. While a large portion of those roles are within the tech industry, demand for IT pros in the Twin Cities is also high in the financial services, healthcare, and manufacturing industries. Best of all, those opportunities are poised for continued growth, as the beginning of 2016 saw Minnesota ranking the number 1 state for job creation.
2. The Twin Cities Knows How To Compensate
Though a large number of opportunities in and of itself is good news for IT pros, the profitability of those opportunities is even better news. CIO ranked the Twin Cities #4 on their 2015 list of 10 hottest cities for IT pay, and the numbers have only improved since then. The average salaries for tech workers in the Twin Cities cracked six figures in 2015 – rising 9% from the previous year (a whopping 1.3% above the national average for IT salary increases), and the average tech industry wages were 78% higher than those of workers in the private sector.
What’s more, this high compensation pairs with the low job-related stress of Minneapolis’ small business community and the nationally-recognized high work-life balance of tech jobs. Data Scientists, Software Developers, and Web Developers are listed among the 10 best careers for work-life balance.
3. We Welcome Women Techies
You may have heard recent rumblings of a report that claimed the Twin Cities are not the place for women techies. Nothing could be further from the truth! Not only has the study’s accuracy and methodology come into question, but many other recent reports directly contradict such findings, and point toward the opportunities available to not only Twin Cities women in tech, but all Twin Cities female professionals – with Rochester, Minneapolis, and St. Paul locking in the top three spots respectively on NerdWallet’s list of Best Cities for Women in The Workforce 2016.
As for the tech sector specifically, both Minneapolis and St. Paul graced SmartAsset’s 2016 list of the Top 15 Cities for Women in Tech, due to low gender pay gaps, a higher-than-average percentage of tech jobs filled by women, and a high three-year employment growth. And we expect that growth to continue. In its pilot year, the Twin Cities TechHire initiative trained over 300 people through accelerated IT programs, with women comprising 32% of graduates and minorities 24%. Other groups have launched additional programs to encourage diversity in the Twin Cities tech sector. Though these initiatives are still in their early phases, the Twin Cities tech community is excited to see the change and growth that may be enacted in the next few years.
What’s more – there’s good news for techie moms and dads alike: Minneapolis has been called the #1 place to raise a family in the US. Just one of the many reasons we’ve found working moms who love IT, also love the Twin Cities.
4. The Market Demands Learners – The Twin Cities Delivers
The market value for IT certifications in Security, Dev Ops, and Big Data has continued to rise across the board, with Security and Data Presentation skills falling among the most in-demand Tech skills for the Twin Cities, specifically. Clearly education – whether in the form of IT certifications or degrees – is important to IT hiring managers, and we all know the value of niche skills in the midst of today’s ever-evolving tech market.
Luckily, when it comes to education and learning opportunities, the Twin Cities delivers. One 2015 list ranked the Twin Cities among the top 10 most educated cities in America, and Travel and Leisure also included Minneapolis/St. Paul in their top ten list of “America’s Techiest Cities” – not to mention their list of top 5 cities overall. And yes, being so highly-educated we are aware that ‘techiest’ isn’t exactly a word (but we maintain the legitimacy of ‘you betcha’).
Furthermore, the University of Minnesota’s business programs in Management Information Systems (B.A.) and Information Systems (M.B.A.) are nationally ranked 3rd and 4th, respectively. The school also ranks in the top 100 for computer engineering and computer science. It’s no wonder, then, that in 2013 the Twin Cities increased their IT higher education output, despite an 11 percent national decline in IT degrees completed in the U.S.

We know you’ve enjoyed taking time out of the office get outside, go on an adventure, or spend time celebrating summer with family and friends, but as an IT pro working in the Twin Cities, you have reasons to celebrate year-round. Perhaps the knowledge that sub-zero weather lies ahead makes us feel extra appreciation during these beautiful mid-summer days, but we think that Minneapolitans in general are living the good life. And don’t just take our word for it. The Twin Cities have been named the best place to live in the nation, and New York Magazine has dubbed Minneapolis the “capital of Midwestern cool”. Even in the dog days of summer, or the wintry days that loom in the not-so-distant future, as an IT pro you will always have myriad reasons to love where you live and what you do.
Are you an IT pro looking to advance your career by moving to the Twin Cities? Or a Twin Cities business looking for developers or other IT professionals for your next project? We’re here to help.

Contact Us To Learn More About Twin Cities Tech Opportunities

Editor’s Note: This blog was originally published in 2013, and has been revamped to reflect updated tech industry information as it pertains to the Twin Cities’ IT job market.