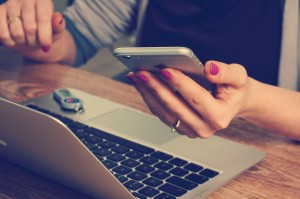 That a gender gap exists in tech is an undeniable fact, though not a new revelation. Groups such as Girls Who Code and Women Who Code have made efforts to draw awareness to this issue, sharing research proving the number of women graduating from college with computer science degrees has dropped from 37 percent in 1984 to 18 percent today, along with other startling findings.
But an underlying question, the big “so what?” remains largely unanswered. As a result, many in tech are left wondering whether the hot-button issue has received more hype than it is worth.
Before we dive into the “so what”, there is some good news for Minnesota technologists and businesses:

Still, the thriving Silicon Prairie must continue to evaluate the efforts being made to increase the number of women in tech. To create a better understanding of the ways tech gender gap-issues feed one another, why the disparity persists, how you can instill change, and most importantly, why you should want to, we’ve pulled out and analyzed two important “so whats” behind the women in tech movement. By better understanding the benefits of increasing the amount of tech women in the workplace we can empower the tech industry to change, grow, and thrive.
The Benefits of More Tech Women In The Workplace
Women Strengthen Tech Teams and Increase Productivity:
The bottom line: whether within the tech industry or outside of it, gender-diverse teams are statistically more successful than teams where one gender is predominant. And this is true for all teams – including those at the executive level. In one survey, 62 percent of respondents found women uniquely contributed to a board room compared to their male colleagues, citing empathy and intuition as key components to women in leadership.
The National Center for Women and Information Technology shares findings from many further studies on the benefits of diverse business teams, indicating that teams with more equal gender distribution outperform other companies in leadership, direction, accountability, capability and confidence, and exhibited higher collective intelligence.
The same report cited that tech teams with greater gender diversity experienced “superior adherence to project schedules, lower project costs, [and] higher employee performance ratings.” In a study of 1,400 team members from 100 teams, it was found that gender balanced teams were more experimental and creative, and were more likely to share knowledge and complete tasks. As these studies show, on a gender balanced team women and men each bring unique skills to the table that help individuals and the team perform better.
Women Know How to Attract More Users:
Not only does having gender-balanced tech teams help a company’s bottom line by increasing those teams’ productivity, but by adding diversity to the minds innovating tech, companies reap the added benefits of producing more diverse tech and catering more to women purchasers and users. The convergence of technology and marketing has meant that the user experience, whether it is of software services, a mobile app, or a website, is of the utmost importance.
Marketers have long been aware of the importance of selling to women, as up to 85% of all purchasing decisions are impacted by women’s choices. As it relates to tech specifically, women are in fact largely the end users, leading technology adopters, and purchasers of tech. As tech and marketing simultaneously permeate through other areas of business, disproportionate gender monopolization between those creating products and those actually purchasing and using them means a hit to the bottom line. This is why both men and women’s skill sets are essential for achieving technology-driven business success.
Admittedly, not all tech is or should be targeted at women. But women also shouldn’t be forgotten. Generally speaking, women have different ideals when it comes to design aesthetics and product usability. While a well-trained and experienced male could indeed give insight into the design choices that may or may not attract or repel women users, who better to address the differences than women themselves?
So Why Do You Want More Women on Your Tech Team?

The real question is: why wouldn’t you want more women on your tech team?
5 Ways to Ensure Women in Tech Aren’t Isolated
We know that wanting women isn’t really the issue. There’s a shortage of women in technology to begin with, and studies show that women leave the technology industry at a higher rate than men.  Not only have most tech teams been unable to achieve gender equity, but many have even recently experienced decreases in diversity.
The national average of women working in STEM falls at 27% (almost 10% less than it was in the 90s), and many of the most popular tech fields remain lower, with software developers coming in at only 20% women, and engineers boasting only a 13% female composition. This deficit extends to the number of women on tech company boards as well, which has recently grown, but still achieves only 18%. There are several things you can do to make sure women in technology don’t feel isolated and stay in the field for the long haul.
1. Create a Hiring Plan for Technical and Non-Technical Roles:

2. Whether You’re a Woman or Man, Understand Your Own Biases:
Without getting into the larger discussion of societal gender bias as a whole (which some believe to be the true culprit of a gender parity-gap in tech), men and women can still fight for gender parity by gaining and spreading awareness about the ways their own biases perpetuate female exclusion. There are many tools and online tests available that can help to train you to be more aware of your potential areas of bias (and provide statistical evidence proving you’re not alone in these). Though women are 45% more likely than their male peers to leave STEM industries, by understanding our own biases, we actively help to decrease that number.
3. Fight Against Cultural Norms:
Encourage women to be more vocal about their personal and professional accomplishments. Many women desire to be humble and not boast their achievements, but this cultural expectation can leave women feeling at a disadvantage to their male counterparts, who generally exhibit more confidence when showcasing their success. If you’re a woman, push back against this norm by striving to grow more comfortable talking about your professional achievements. Practice your elevator pitches, and regularly self-evaluate by sending emails to yourself detailing your major accomplishments from the week, as well as tracking your quarterly/yearly goals. Not only will practicing these behaviors help women hold themselves accountable, but it will also help them gain confidence by causing them to frequently acknowledge successes.
4. Foster Peer Support and Mentorship Programs:
LinkedIn’s Erica Lockheimer recognized her own potential to make a large impact on attracting diversity at her company. Her efforts evolved into a Women in Technology executive team that has increased the number of females in technical roles at LinkedIn. Like Lockheimer, you have the potential to make a difference in your office. Form a proposal to begin your company’s own WIT team, or volunteer to get on board with current initiatives. Consider serving women within your company or potential recruits as a mentor, or help to foster peer support in other ways like AmEX has, by instigating a network forum for women. As long as you’re willing to be the one to contribute to or trail-blaze these initiatives, execs will likely support your endeavors.
5. Beware the ‘Brogrammer’ Vibe…But Don’t Make Assumptions:
Though the boy genius prototype (a la Mark Zuckerberg) is a stereotype mostly stemming from Silicon Valley, it’s important for all hiring managers and tech workers to stay alert against culturally isolating female techies, and instead promote a workplace culture that is inviting toward women. Women aren’t just looking for a job – they’re looking for an opportunity that’s compatible with their lifestyle. Don’t feel the need to over-compensate or gender-stereotype the ways you interact with your female coworkers or the perks you offer as a company in order to attract women. But do consider what women might value that differs from their male counterparts and make efforts to create a vibe that appeals to all.

Though the existence of the tech gender gap is widely known, undisputed, and acknowledged as a problem, we still have a long way to go before the tech industry can achieve gender diversity. By getting informed and equipping ourselves with tips and tools to instigate change, we are all able to become fighters for the cause. While the professional and economic benefits to increasing the number of women working as tech pros are clear, this mission is one that can have a major impact on you as an individual as well. Because whether you yourself are a woman techie, you want to empower a loved one or daughter to equip herself with tech skills, or you understand the benefits of having women on your tech team for your own success, your active involvement in this area is bound to lead to at least one success story, which we hope in turn, will lead to many more.
For more about the ways you can help bridge the tech gender gap, check out the second blog in this series:

Know a female techie who’s looking for a great new opportunity? Contact Us today or Send Us Your Referrals