Removing The STEM Learning Gap: You Need Girls To Code 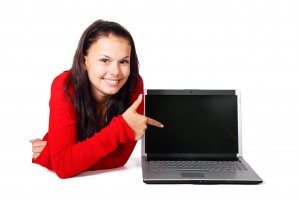 Girls Who Code’s COO Solomon Steplight recently shared his personal mission, and motivation for teaming up with the company. “I wanted, at the very least, to create thousands of potential mentors for my daughter,” he said. No matter what your motivation for supporting increased female tech education – be it helping your business to succeed by increasing the amount of qualified female techies who could work with your company, ensuring a daughter or niece isn’t limited in her future opportunities, or even advancing your own career – your efforts make a difference. We could all benefit from a future with more women in tech, but in order to achieve that, we need to encourage girls to learn computer science today. No matter what your involvement in or knowledge of the tech industry, by implementing these simple strategies, you can become a key part of the movement toward a thriving future.
For more about Women in Tech and bridging the gender gap, read our first blog in this series:

Know a female techie who’s looking for a great new opportunity? Contact Us today or Send Us Your Referrals